Dogs are allowed on the beach?   See what the law says 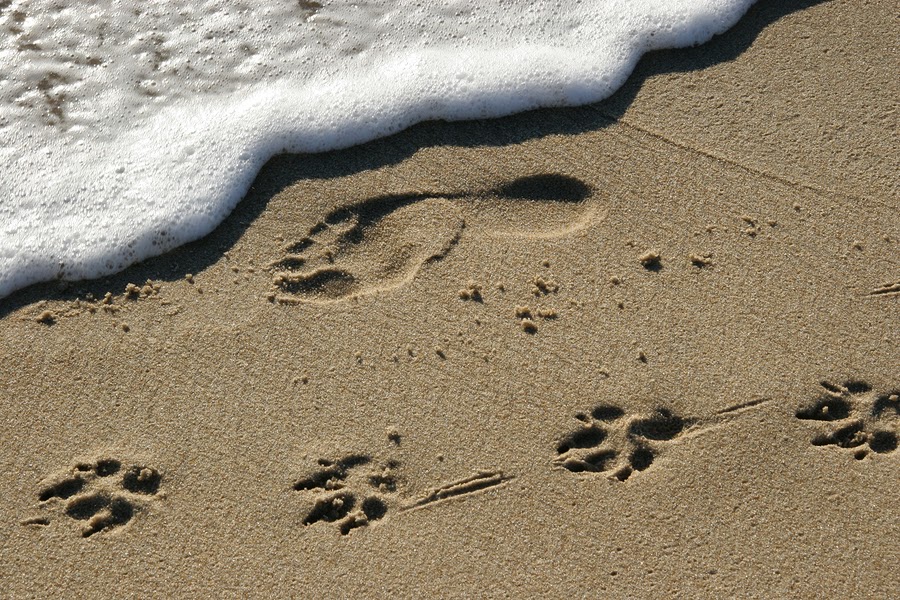 The legislation requires that competent authority to enforce the law, whatever happens on the beaches is the Port, nor the municipal police, nor the other Police. …

"The bathing of domestic animals in Greek seas is prohibited in accordance with article 230 para. 1 g of the General Regulation in Port areas of bathers ' 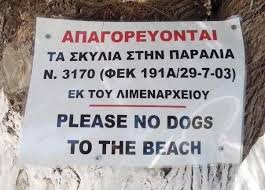 this area as an area of bathers '.

"If in one location or beach (which did not attend the given time bathers) circulates animal owner along with this or that makes the bathing the animal, then the owner is not committing infringement."

"But if the heavy snow storms come in the same location bathers, then the owner shall either removes it from that site, or to keep insured at a distance from the swimmers such as not harassed them to avoid committing the above offence!".

Enjoy your bath and do not disturb! 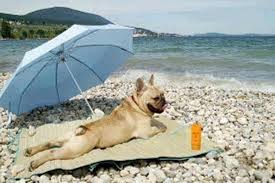 On the merits of a single representative of the municipality cannot ban you, you're in the sea with your animal (nor the port authority), as long as you're in a more … Deserted beach. Of course you need to have it insured (i.e. tied) and at some reasonable distance from those, who reported that bothered inside or outside water, enough to go to the beach before they reach those who don't love animals!

Let's not forget, that beaches are public spaces. Next time, I will comment on your do 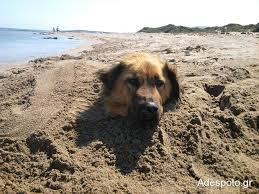 g (difficult to see cat wants to bathe in the sea) just move away at some measures and to have the animal tied up near you.

Nobody can force you to pull it out of the water or to leave. According to the lawyer and President of the Filozwikoy Association of Veria, Vasso Taki, the breach for the bathroom dog certified by the coast guard, because he was in the sea and the (alleged) violation for presence or movement of the dog on the beach by the police! 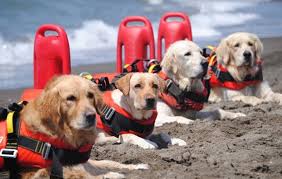 Whenever it comes in summer the query that employs us animal lovers, is if we find some suitable Beach to swim along with his four-legged friend.
The two basic legal provisions regulating this matter is the law 3419/2012 for despozomena and stray companion animals and the General Regulation at Lavrion Harbour (article 230 para. 1 g of M.d. 1046/1978, adopted by authority of article 156 of Legislative Decree 187/1973 of the code PUBLIC MARINE LAW).

Further, in terms of case law, have issued two diametrically opposed judicial rulings, the appellate 2130/2003 Athens Multimember first instance and 175/2005 the Supreme Court, which annulled the first, following the case of a woman, which, in 2000, had brought the mega stumble to put the sea dog Bantam in non-organized bea 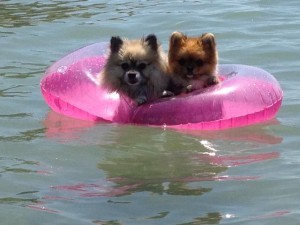 ch Sounio then, refusing to remove him, despite protests loyomenoy, who feared transmission of diseases and brought against damages for infringement of his personality.

(A)) in principle is very clear that the beaches belong to the jurisdiction of the police and not the port authorities (article 3 para. 1 c. (b) of Legislative Decree 444/1970).

In accordance with the opinion of the Prosecutor Misdemeanors Syrou k. PANAGIOTIS K. PANAGIOTOPOULOU: "Jurisdiction of the coast guard to carry out proanakritikwn and police operations (Note mine, imposing any fine on the dog owner recommends Police Act) there is in ports and to land these zones and, expands and at beaches, referred to in art. 3 Fri. 1 c. (b) ', in which IE carried out tasks that are relevant to the functioning of ports and not on any other beach. In any other Beach, it is the territorial police force, with the exception of course of the cases carried out the tasks provided for in para. 4 Article 3, so that space in lieu of port and port zone land, idryomenis in this case the relative competence of the coast guard. "

Therefore, the places of jurisdiction of the Port, as defined by law, regarding the sea area, sea ports and inland ports zones and NO beaches in General and therefore, any fine at beaches should cut the police (and municipal), unless in some locality there is no police (e.g. some islands), so cut the port police.

B) then you must distinguish between the movement of the dog on the beach bathers in sea dog's bath.

In accordance with the law. 4039/2012 (as well as in the proϊschyont s 3170/2003) allowed the walk the dog in public outdoor spaces, as long as you do not circulate free and always walk with a guardian (art. 5 para. 3).
Our dog can follow us in every outdoor communal space, including on beaches, organized or not, 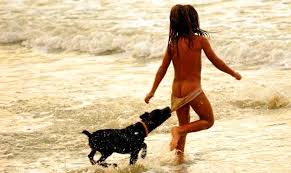 as long as you are always accompanied and get together's health book to prove they are vaccinated if requested.
Regarding the notorious circular M.F. 3111.10/1/93/20-05-93, Port Police Division of the Ministry of merchant marine, which is repeated and the younger bears. CFI. M.F. 2119.4/3/06/16-06-2006, according to which "… Where in one location or beach (which did not attend the given time bathers) circulates animal owner along with this or that makes the bathing the animal, then the owner commits no offence.
However, if heavy snow storms come in the same location bathers, then the owner must either remove from this site, or to keep insured at a distance from the swimmers such as not harassed them to avoid committing the above offence ', this does not apply when the party for immediate removal of milaei dogs from the beach upon display of bathers inasmuch as the law supersedes circular.
If nevertheless, some responsible police or port organ cut fine for non-removal of the dog from the beach, then you can be prosecuted for misconduct, it is very likely that if one appeal to the administrative courts against a fine imposed, that would be vindicated when the case to the Council of State, citing infringement law unconstitutional, etc.

(C)) The problem therefore isn't the movement and presence of dogs on beaches, but the permissible or not to enter the sea dogs.

The General view that has prevailed is that in this case Article 230 § 1 approx. g the anachronistic (in force since 1978) General Regulation Lavrion Harbour, in which prohibited the movement of animals, and bathing them in places of bathers, a view that has been accepted and the Areopagus (above).

Offenders are punishable by a fine of from 50 to 150 euros. It should be noted that the abovementioned provision prohibiting animals on beaches only concerns the general regulation of port Lavrio and space liability and only by analogy can be accepted the implementation of other Greek beaches.

Beyond that is a matter of interpretation of what constitutes place of bathers. In accordance with th 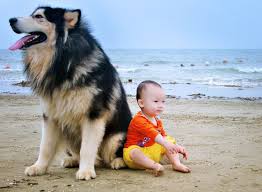 e above circulars, the existence of bathers in a sea area is a prerequisite for the designation of this area as an area of bathers and hence implementation of the prohibition of provision for this space, in other words all Greek beaches are potential sites of bathers.

In firing the uttermost IE. animal lovers people who want to enjoy their swim and their vacation hanging out with your faithful friends, go to find any desolate rocky island not presses his foot bathe!

Still though you can't be quiet because if even one appeared hysterical bathe that scared it will be infected by the dog, not allowed to enter the sea dog.
Nevertheless, judges of first instance of Athens Multimember, prosecuting the appeal in case the above-mentioned woman, felt (rightly) that the non-organized beaches allow everyone to enjoy his bath with his dog and moving then to restrictive interpretation of this provision of the General Regulation at Lavrion Harbour, considered as space bathers not all coastal areas that are accessible for swimming but only those who have bathing facilities.

Unfortunately this view has collided in Cassation. In summary, the presence and walk dogs on beaches provided they are accompanied, allowed to bathe in your dog in remote beaches unless you complain someone bathe, so you need to take off from the sea.

In any case responsible for the confirmation of the offence is, for the presence and walk the dog on the Beach police – where insists despite the law to witness a violation – for the dog's bath in the sea port. 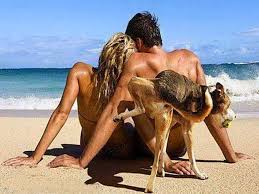 The polynomia, prevailing in the Greek State, often creates confusion between citizens and institutions, so that many times not aware of some of their rights and obligations and must therefore organized animal welfare movement to move in the direction of pressure change of this anachronistic and obfuscated scheme in relation to the admissibility or non-usability of beaches and seas by animal lovers with their pets.